As the COVID 19 (COVID 19) outbreak continued to rise, Japan on Thursday (16) officially expanded the scope of the "emergency declaration" from seven prefectures to 47 prefectures across the country, leading to a number of business closures.As of 10:00 Beijing time on April 21, the total number of confirmed cases (including princess and entry) in Japan has reached 11,866.The number of deaths was 276.

Seiko epson, a large precision equipment company, announced that all its locations in Japan would be closed for 12 days from April 25 to May 6, NHK reported, in response to the government's decision to extend the emergency declaration to the entire country. 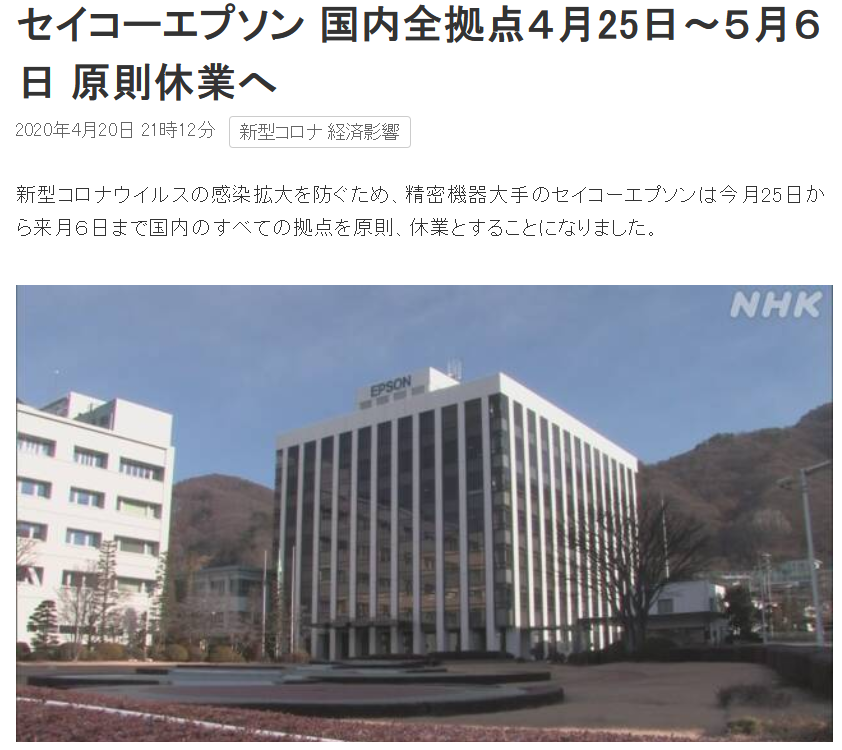 Seiko epson also reported the news on its website. According to the announcement, four planned rest days in July and August will be canceled after the shutdown.Seiko epson has reported four confirmed employee cases. 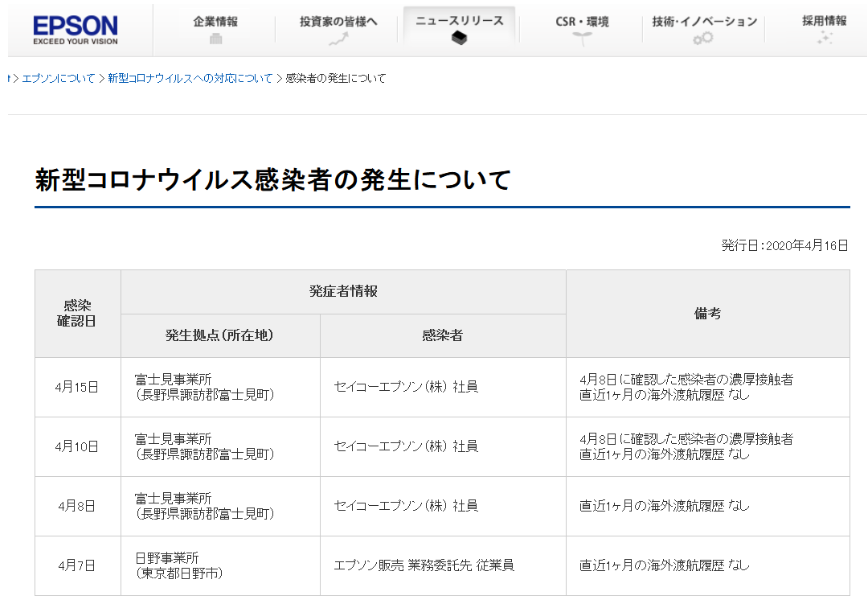 Seiko Epson Corporation, founded in May 1942 and headquartered in suwa, nagano prefecture, is a global leader in digital imaging in Japan, according to public records.Seiko epson, which makes products including quartz components, semiconductors, printers, quartz oscillators and watches, has more than 72,000 employees in 94 companies worldwide.

It is important to note that all seiko epson locations in Japan will be closed during the period, but some essential products for maintaining social life, such as medical machine parts, ink and other printer consumables, will continue to be produced.

In addition to seiko epson, Toshiba announced last week that all of its locations in Japan, including factories (except for power plants, elevators and other infrastructure businesses), would be closed from April 20 to May 6, giving its 76,000 employees a "long vacation."

Toyota motor corp. announced on April 15 that it will increase shutdowns and production cuts at all assembly plants in Japan in May as a result of reduced demand due to the outbreak.The move is expected to cut production by about 79,000 vehicles