首页 > 行业资讯 > Another huge acquisition of semiconductors: US$5.1 billion, US MKS intends to acquire Atotech.

Another huge acquisition of semiconductors: US$5.1 billion, US MKS intends to acquire Atotech.

Yesterday, US semiconductor equipment manufacturer MKS Instruments announced that it will acquire German specialty chemicals manufacturer Atotech Ltd for approximately US$5.1 billion. This transaction is expected to be completed in the fourth quarter of this year.

MKS stated that Atotech’s electroplating chemicals will bring more recurring revenue sources to MKS and meet the miniaturization needs of circuits, thereby achieving the integration of chips and equipment and expanding its chip manufacturing capabilities. 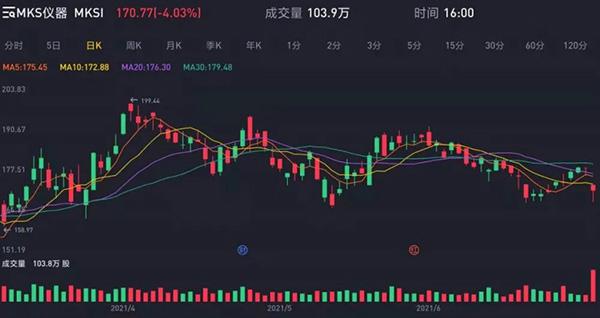 MKS acquisitions have continued for the past five years

MKS Instruments is headquartered in Massachusetts, USA and was established in 1961. Its main business is instruments, systems and process control systems, and 60% of its revenue comes from the semiconductor field.

In recent years, MKS has been actively seeking acquisitions. In 2016, MKS acquired US laser manufacturer Newport Corp., and in 2018 it acquired US laser system supplier Electro Scientific Industries. In February of this year, MKS also planned to acquire laser component supplier Coherent, but lost to US laser manufacturer II-VI Inc. in the bidding. In May, MKS reached a final agreement to acquire Canadian optical sensor supplier Photon Control. Photon Control products are mainly used for temperature control during etching and deposition in semiconductor wafer manufacturing.

In this transaction, MKS will provide Atotech with US$16.20 in cash and 0.0552 shares of MKS common stock per share. Atotech will be valued at approximately US$26 per share.

MKS stated that the transaction will generate estimated annual revenue of US$3.8 billion and increase its cash flow. MKS expects that within 18 to 36 months, the acquisition of Atotech will bring annual cost synergies of USD 50 million.

According to the statement, MKS will use existing cash and debt financing to fund the acquisition. The acquisition plan has been unanimously approved by the boards of directors of MKS and Atotech, and is expected to be completed in the fourth quarter.

According to foreign media reports, the financial advisors of MKS and Atotech are US financial services provider Perella Weinberg Partners and Credit Suisse respectively.

Atotech joins or develops a roadmap for future generations of equipment

Atotech is a German specialty chemicals supplier, which originated from the merger of Elf Aquitaine in the 1970s and was formally established in 1993. Atotech is also a supplier of electroplating solutions, and its products are mainly used for metal and surface treatment of products such as semiconductors, smart phones, automobiles and household appliances.

Due to the development trend of circuit miniaturization, the addition of Atotech will also bring improvements in electroplating technology for MKS.

MKS President and CEO John TC Lee said in an interview: “When we considered mergers and acquisitions, MKS returned to the (original) strategy, which is to follow the trend of advanced electronic products. No other company owns our expertise in semiconductors, lasers, and Comprehensive capabilities in the packaging field."

He also said that the combined company will optimize technologies such as PCB interconnection, and the addition of Atotech will enable MKS to develop a roadmap for future generations of electronic equipment.

Geoff Wild, CEO of Atotech, also commented: “The combination of Atotech’s expertise in electroplating and chemistry with MKS’s advantages in lasers, laser systems, optics and motion will provide customers in the field of material processing and complex applications. Innovative and breakthrough solutions."